Many professionals know that being a job hopper can hurt their careers. Hiring managers aren’t willing to take chances on candidates who don’t appear to have the potential for longevity. As a result, job seekers who seem to be hopping from one role to the next may get disqualified early in the recruitment process.

One troubling issue is it isn’t always easy to determine if a hiring manager may view you as a job hopper. Additionally, if that is your tendency, figuring out how to stop can be a challenge. If you want to ensure you’re not putting your career at risk, here are six signs that you might be a job hopper and tips to overcome the habit.

1. Your Longest Time in One Position Is Less Than 2 Years

Having several jobs on your resume, with the longest one lasting less than two years, could make you seem like a job hopper. It indicates that you move around frequently, particularly if you’ve been in your specialty for more than five years.

2. There Are More Than 5 Roles at More Than 2 Companies in the Past 7 Years on Your Resume

Even if one of your roles lasted a while, if you have five positions spread across three or more companies within seven years, you could be a job hopper. Again, this is a lot of movement within a relatively short period, so it could be viewed as a red flag.

3. Your Resume Overflows with Similar Job Titles at Different Companies

If your resume is brimming with positions that all have the same job title, that’s a sign of job-hopping. Essentially, since you aren’t heading to a new company or role to move up, a hiring manager will wonder if you’re capable of staying in place for long.

4. Each Job on Your Resume Features the Same Skills and Similar Achievements

In a similar vein, having a series of jobs that rely on the same skills and lead to similar achievements is a sign of a job hopper. You aren’t making progress in your field. Instead, you’re moving between jobs while effectively staying in the same position within your career.

5. Launching a Job Search within 3 Months of Being Hired Is the Norm

Feeling like you need to find something new within three months of getting a new job isn’t a great sign. While that might happen on occasion, as anyone can end up in a less-than-ideal role at some point, a habit of seeking out opportunities soon after coming on board could mean that you’re a job hopper.

6. You Apply to Jobs That Don’t Match Your Capabilities, Just to See What Sticks

Job hoppers may not know what kind of role will make them happy. As a result, they might start applying for positions that don’t align with their capabilities just to see what they may be able to land.

How to Stop the Job-Hopping Habit

In many cases, stopping a job-hopping habit doesn’t just require diligence. Instead, you need to figure out why you aren’t happy in the positions you’ve chosen previously. That way, you can try to identify a path that leads you toward jobs you’d want to keep.

After a bit of soul searching, you may be able to identify skills you like to use and tasks you enjoy. Plus, you’ll find out more about what you don’t like, giving you clues about what to avoid.

However, if you still aren’t sure what direction is best, adjusting your approach to your career could be wise. By exploring temporary opportunities, you can experience different roles and environments without a long-term commitment. Then, you can figure out what path to pursue or make a career of short-term work, all while safeguarding your reputation.

If you’d like to learn more, the team at Selectek wants to hear from you. Contact us today. 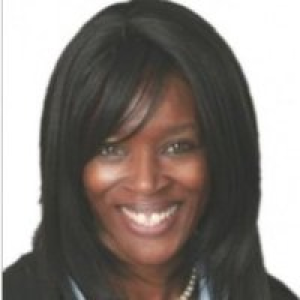 PrevPreviousNew Hiring Trends for 2022
NextShould I Take a Job I Don’t Love If It Pays More?Next